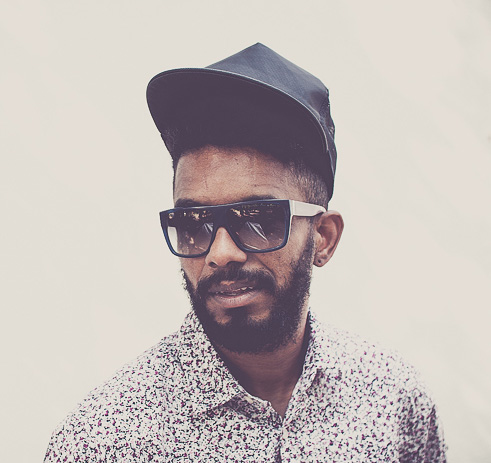 Fabio da Rocha Passos Pinheiro, better known as LIMPO, was born and raised in Salvador da Bahia, Brazil. Limpo experimented with graffiti “street art” as a teenager and began to garner public attention after twice consecutively winning a series of graffiti competitions in his hometown. Trained at Salvador’s Modern Art Museum (MAM), Limpo’s work has eventually attracted a global audience facilitating receptions in Italy, France, Denmark, Serbia and Sweden, and in such varied spaces as small gallery settings to historic European castles. Limpo’s work has been contracted in churches, cafés, hostels, private homes, and city spaces, and his work continues to be an ever-present element of the city landscapes of Salvador, Brazil and Malmö, Sweden. In 2013 Limpo was awarded Sweden’s national prize for culture, and some of his highest profile works have included collaborations with L’Oreal, E-ON, and MkB Fastighet.

Limpo continues to paint contracted and uncontracted graffiti works, produce studio art inspired by his street paintings, and run graffiti and art workshops for young artists, based out of his studio in Malmö, Sweden. As graffiti has become an accepted art form in academic circles, Limpo has become heavily involved with schools and universities, expanding his work in educational settings. In the worlds of a Swedish colleague, “LIMPO’s work means hope for the children and people in his studio—through a visual language that is strong enough to be noticed by many, his students acquire tremendous tools of self-expression. His work serves as a catalyst that can open doors to magical inner worlds and thereby inspire hope and create peace in the infant souls he meets.”

A space for art, dreaming